In September 2021, the Grand Final of DARPA Subterranean Challenge was held in Kentucky. The event brought together the largest robotics laboratories from 11 countries with the capacity to deploy a fleet of heterogeneous robots in an unknown, underground environment. These laboratories included representatives from NASA, JPL, Stanford, MIT, ETH Zurich, CMU and the Boreal Robotics Laboratory (Norlab) at Laval University. Thanks to a collaboration with the Center for Robotics and Autonomous Systems (CRAS) of the Czech Technical University (CTU), the team originally named CTU-CRAS-NORLAB was able to take part in the competition and won several honours during the four year duration of the challenge. This was the first Canadian participation in the DARPA robotic challenge which began almost 20 years ago. For more information on the DARPA Subterranean Challenge, visit the following website (https://www.subtchallenge.com), and click on the team: CTU-CRAS-NORLAB 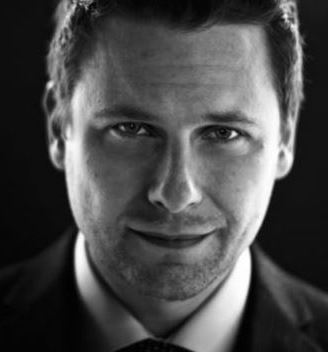 Bio :
François Pomerleau made his debut in research by interacting with the Canadian Space Agency and the European Space Agency during his studies in Computer Engineering at Sherbrooke University. He obtained his Master’s degree (François Michaud’s Lab) from this university in 2009 after a one-year stay at EPFL (Roland Siegwart Lab – Switzerland) where he worked on an autonomous car prototype. He completed his Ph.D. at ETH Zurich (Roland Siegwart’s Lab- Switzerland) in 2013 during this time he participated in several robotic deployments in uncontrolled environments, including work with European fire brigades and in alpine lakes. After technology transfer activities at Alstom Inspection Robotics and a stay at Laval University (Philippe Giguère’s Lab), he received a postdoctoral fellowship from the Natural Sciences and Engineering Research Council of Canada to continue his research at the University of Toronto in Mobile Robotics (Tim Barfoot’s Lab). He continued his technological transfer activities as a postdoctoral researcher at Laval University in the Robotics Laboratory (Clément Gosselin’s lab) and worked, in collaboration with the Robotiq company, to develop the Industry 4.0. Since September 2017, he is a professor in the Computer Science and Software Engineering Department at Laval University.